Fox News broke a story that bullion dealer, Ibrahim Fadl, discovered tungsten filled gold bars in Manhattan. The bars were 10 ounce 999.9 gold, stamped by the Swiss fabricator Produits Artistiques Métaux Précieux (PAMP), each with a serial number and certifying documentation. PAMP is one of the world’s leading and most trusted refiners and manufacturers of bullion. Fox News reports that genuine bars are being hollowed out and filled with a slab of tungsten (of same density as gold) and then resealed leaving enough gold on the surface to fool bullion dealers and defy traditional assay and X-ray fluorescence detection. 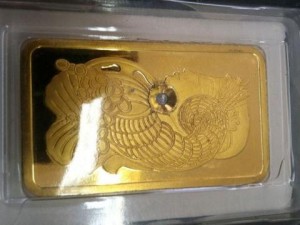 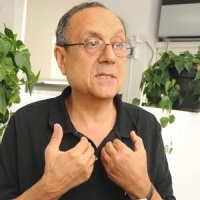 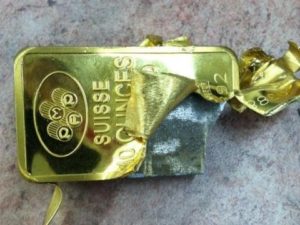 “a colleague tipped him off to the scam, prompting him to further inspect the gold bars.”

“People are selling their homes to buy gold, it’s a big issue.”

“It’s got to be somebody really, really professional”

Once alerted, Fadl drilled into the suspicious gold bars, thus discovering the fraud but also risking the loss of bullion value in any bars that had been found not to be fake.

Non destructive testing by convenient and simple ultrasonic measurement could have prevented potential loss to Fadl’s finances. Fortunately Fadl reported the fake gold bars to the authorities. Disreputable dealers may have instead chosen to shift the problem onto the retail market.

Don’t fall victim to precious metals fraud. Safeguard your investments in gold and silver bullion.  Protect your wealth and equip yourself with ultrasonic gold and silver authentication

A jeweler in Manhattan’s Diamond District learned the hard way that all that glitters is not gold.

Ibrahim Fadl, a chemical engineer who owns a business near 47th Street and Fifth Avenue, bought four 10-ounce gold bars and decided to check them out further since he heard counterfeits were making the rounds, MyFoxNY.com reports.

Fadl, who paid $100,000 for the merchandise, drilled into several of the bars and found gray tungsten, which has nearly the same density as gold, making it difficult to detect. The same thing reportedly happened in Great Britain earlier this year, and finance blog ZeroHedge.com reported that in 2010 German refiner W.C. Heraeus claimed to have received a 500-gram bar from an unnamed bank that proved to be filled with tungsten.

The scheme purportedly involves a genuine gold bar that is purchased with serial numbers and authentic documents and is then hollowed out to be replaced with tungsten. The bar is then closed up to finalize the sophisticated operation, the website reports.

Manfra, Tordell & Brookes, the Swiss manufacturer of the gold bars, warned customers to only buy from reputable dealers. Raymond Nessim, the company’s CEO, said he has reported the incident to the FBI and the Secret Service.

Fadl, who could not be reached for comment, told NY1.com that the shell of the gold was sold to him by a customer at his gold refinery business and peeled off like foil on a candy bar.

“It’s got to be somebody really, really professional,” Fadl told the website. “When I analyzed them, it showed they were tungsten.”

Fadl said a colleague tipped him off to the scam, prompting him to further inspect the gold bars.

“Sick to my stomach, but thank God we didn’t sell this to somebody,” he said when asked how he felt. “People are selling their homes to buy gold, it’s a big issue.”